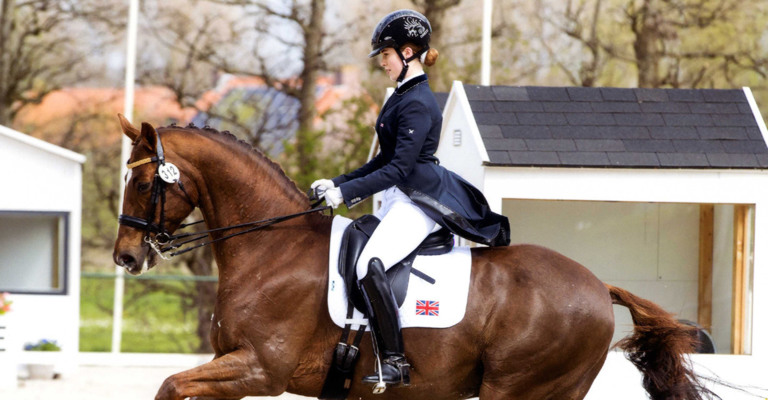 I am available for one-to-one and group training sessions at a very reasonable cost covering the Yorkshire/Lincolnshire area.

I have been competing in high pressure show environments from a very early age, so I understand the difficulties young riders face. I am skilled in making test riding a less daunting experience and can help you to achieve your competition goals! I am happy to get on horse or ponies if required. I am able to train all levels from Preliminary to Intermediate I, with years of experience at international Pony, Junior and Young Rider FEI level. I am also a British Dressage List 3 judge.

Please feel free to get in touch via the contact page to discuss how I can help!

I was born in the saddle

I got my first pony when I was only a year old! My mother is an accomplished showjumper, so it was only natural for me to go into the world of horses. I originally started out showing in my early years, going to the Great Yorkshire Show and winning my first national title at three years old with my two Shetland ponies, Ruby and Renegade.

When I was four years old, I joined the Holderness Pony Club and I was lucky enough to find an amazing schoolmistress called Silky, going to many camps and rallies with her. I also had a first ridden show pony called Tarrow Belladonna, who I competed at Ponies UK and BSPS Championships. 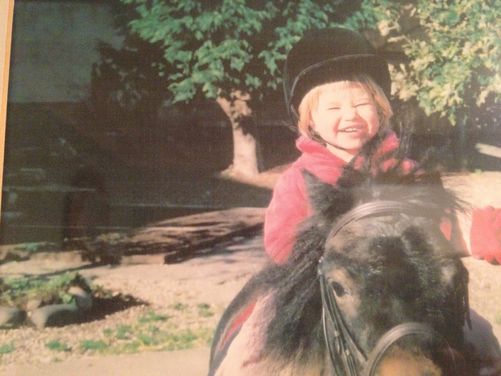 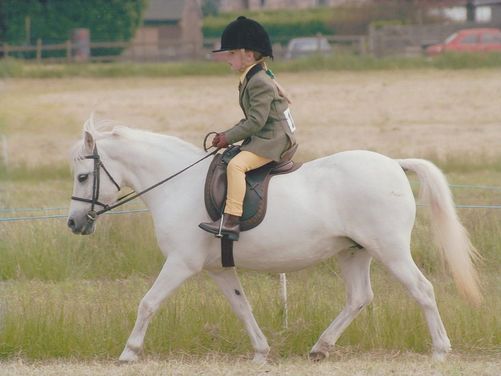 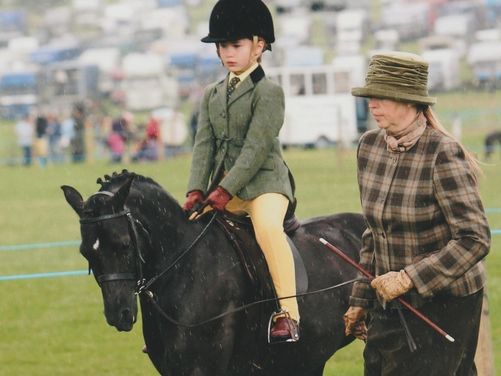 By this time I was 6 years old, and getting a little bored of just going round a show ring. My mum suggested that I go for lessons with the Under 21s Regional Trainer, Julie Blanchard, who introduced me to dressage and was to be one of my trainers for the next 10 years. Unfortunately my show ponies had to go as they weren't suited to dressage and I acquired Spartican, a 10 year old Welsh mountain pony, and was kindly loaned Tyrelloak Muscatel (Josh) by the Scruton Family. We had a fantastic season, culminating in winning Preliminary and Novice Titles at Manor Grange and Port Royal.

The following year, I decided I wanted to concentrate on dressage, so the decision was made to purchase a dressage schoolmaster and Hinchcliffe Magnum became my new partner. We then joined BYRDS Northern, had a busy time training and went to some fabulous camps at the Unicorn Centre in The Cotswolds at the Under 21 Dressage Training Group.

From the BYRDS camps I also began to train with Laura Fry, who took my dressage to another level. I was really thrilled to win my first affiliated class when I was seven years old, coincidentally on my Mum's Birthday! We also went to our first Sheepgate U25s Championships, and were so excited to win a Novice Freestyle with over 70%. However, my greatest achievement that year was to win the prestigious Under 21s Search for Star title, aged eight. 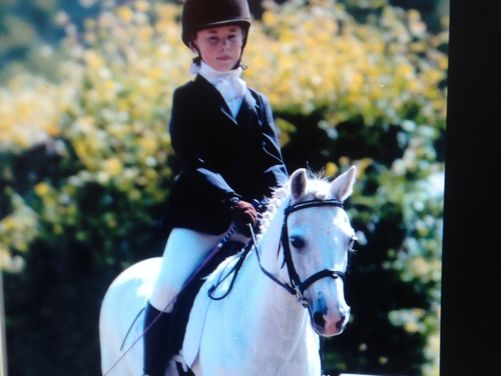 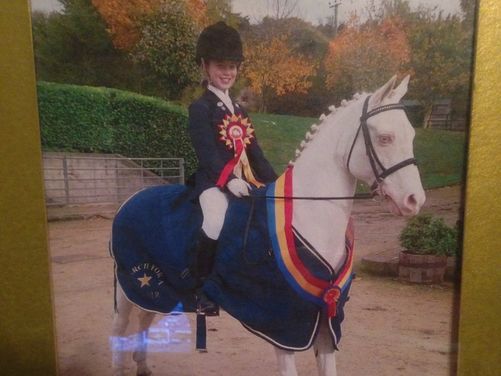 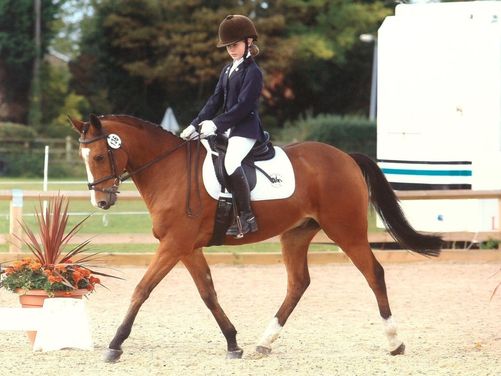 In 2009 I gained a new partner, Sandlings Harlequin, with whom I was selected for my first international as part of the U21s team for the Marlton International in Southern Ireland. I made lots of friends on the squad, many of whom I still compete against today!

I was lucky enough to be loaned a talented Highland Pony, Florin, who was working at Medium level - Laura adored her! It was amazing to learn to ride half pass and simple changes, and in the summer we were selected as part of the BYRDS Northern team for the Home International at Rowellan.

In 2012, I returned to the BYRDS Home International at Bishop Burton College with my Welsh pocket rocket, Twylands Tiffin, where we were the Novice Champions! This result led to an invitation for us to attend GB Pony Progress Squad Training.

In the winter of that year, the opportunity arose to purchase a European team medal winning pony, Kastanienhof's Vitus. In the following year, Vitus was a fantastic teacher and we campaigned the Premier League Pony FEI Circuit, with wins at Somerford and Hickstead. At twelve years old, my dream of being an international rider came true when Vitus and I were selected to represent Great Britain at Hickstead CDIO5*in August! 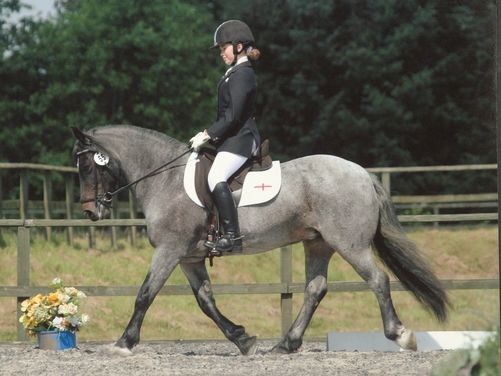 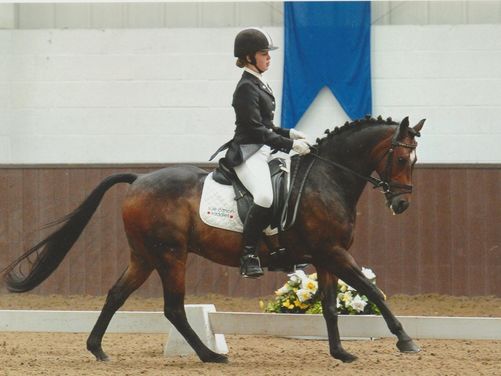 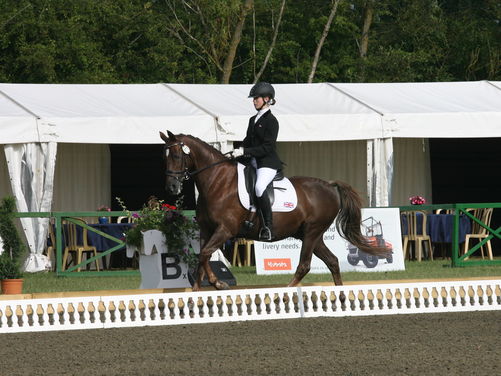 In 2015/16 I was again selected to represent Great Britain on my Dutch New Forest gelding Rober at several international competitions: CDIP Roosendaal, CDIO5* Hickstead, CDIP Le Mans and CDIP Nieuw en Sint Joosland. It was particularly rewarding because I had trained Robbie up through the grades to International Pony FEI level myself, and repeated this with my second pony Glanhirin Lloyd, taking him to CDIP Le Mans 2016 and winning two national FEI Medium and Pony FEI titles at the BYRDS Home International at Sparsholt College.

I then decided to concentrate on moving up to Junior FEI level with my first horse, the striking Oldenburg gelding Lime Walk, who continues to be my main partner to this day. Over the last few years we have represented Great Britain in FEI Junior and Young Rider International competitions across Europe and are part of the British Equestrian Federation's Excel Talent Programme 2017-2019. We have moved up through the levels, currently competing at FEI Young Rider level and Intermediate II and hope to attempt an U25 Grand Prix this year! 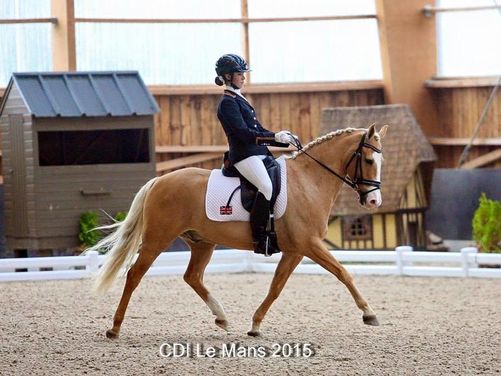 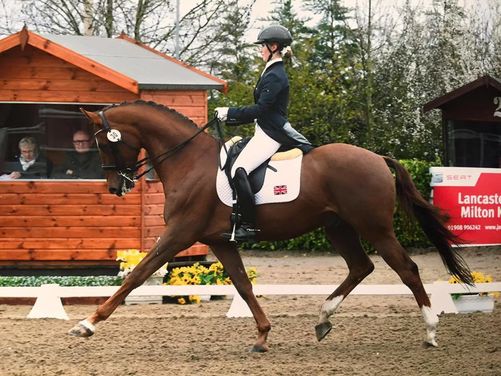 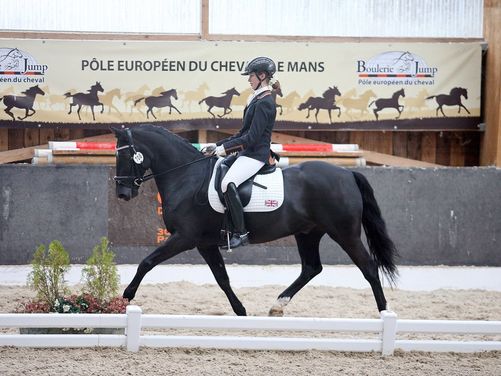